It all started at age 9. I was merely doing funny voices and impressions at my friends house - my favorites being The Muppets. I had a really solid Fozzie Bear Voice and could do a great yayayayyaa like Animal from the Muppet Babies. It never occurred to me that these roles were actually cast by real people. As a kid, you think cartoons are real - they just exist in a different time/space continuum. I used to think if I was small enough to jump through my "slinky" (a very awesome toy from the late 80's and early 90's) that I would end up in a Cartoon World where all the smurfs live. It wasn't until I was hanging out at this friends place that I would hear the words Voiceover Artist, and a place called Hanna-Barbara from her Mom who was an actress at the time. Although nothing came of that conversation until many MANY years later - it planted the seed. I thought YES!!! That is what I want to do!!! I want to do Characters and Voices for Hanna Barbara!!! Back in the 90's if you wanted to do Voiceover Work there was no clear path on how to get there. As a kid - I knew it was a dream "one day" and I kept the dream alive by performing in all the plays, and participating in Drama Clubs at school. I came to find out many years later that the Voiceover industry back then was a very small club of the same group of people who would voice the many Cartoons we all watched growing up. Some of the Big Players like Mel Blanc (Bugs Bunny, Daffy Duck, Porky Pig, Tweety Bird) & Daws Butler (Fred Flintstone, Yogi Bear) played numerous roles, and would become Voiceover Legends.

After many years of being in plays as a side hobby while working and attending undergrad at UCLA, I decided when I received my Bachelor's Degree I would spend at least one year pursuing my artistic endeavors in Comedy, Musical Theatre, and Improv. I was interested in it all - but it always had to involve characters. It could characters for SNL, Characters for Voiceover Work or Characters that do act outs in Stand-Up routines. That was all I was ever interested in doing. As most artists do I had to find my way back to my original goal. I had done Stand-Up all over town, performed in Harold Teams and Musical Improv Troupes at The Second City Hollywood. All of my attempts brought me closer to realizing my bigger goals, and helped shape my next steps but I still didn't exactly know how to break into the Voiceover World specifically, and that's when I googled and found the Predecessor to the original Porky Pig named Bob Bergen. Bob Bergen has a comprehensive Q&A on his website that answered many of my questions. I reached out to Bob via email and he asked me for my phone number. It was that 30 minute phone call that helped pave the way to my going from an aspiring Voiceover Actress to a working one. At the time - I wasn't able to commit to all costs associated with launching a career in Voiceover. Top Notch Demos range from 1200-2000 with big Demo Producers who are well known being the best in the industry. He gave me names like Chuck Duran, and Bill Holmes (The Voiceover Doctor) to help me get my start. I had to close the notebook and come back to it when I was in a better place financially, and I did.

A year after my call with Bob Bergen I opened my notebook where I had taken extensive notes on what he recommended, and I started taking each step one by one. I had already been active on some of the Pay to Play sites like Voices123 and Voices.com, and had a home-made demo that was working for me as a starting point. In order to get in with the Big Agents - I would have to get professionally trained in Voiceover specifically, and shell out the money to get a top notch demo produced. The demo - which is typically about 1 minute in length - contains anywhere from 12-16 professionally produced spots edited and cut together. It is something the aspiring voice artist should wait on until they've had extensive training, and are ready to be competitive in a very competitive industry that is much bigger now than it has ever been. I had nearly 10 years of Improv and Stand-Up under my belt before stepping into class with Bill Holmes at Compost Productions, but I had to learn how to act in front of the Mic - it's a whole new type of acting. There are trends, and tips you learn that are specific to V.O. What sounds good on stage will be far to loud for Voiceover unless you are voicing Video Games - which is also an entirely separate niche of it's own. The advise I got was to start with commercials even though my dream was to Voice Cartoons and animation. I listened. I got my commercial demo produced by Bill after studying under him for several months while simultaneously taking classes and sharpening my skills at the newly formed Don La Fontaine Voiceover Lab. Don La Fontaine for those of you that are unfamiliar was the as an American voice actor known for saying "In a World" the most famous cliche in the film and Voiceover industry. The SAG foundation created the lab through grants funded by Don - and is a great resource.

After getting my demo produced and still working several other jobs in order to make ends meet - I tried shopping my demo around, but it wasn't until over a year later that I would land my first Agent - Tag Talent in Austin. Less than a month after being signed with TAG I booked two jobs in one day, and there began my professional Voiceover Career. One of the jobs was for Aetna Healthcare, and the other for a campaign by Google for Star Wars - The Force Awakens. I was over the moon. Going to the studio to work professionally for the very first time was both exhilarating and down-right scary. I attribute almost all my skills in avoiding becoming overly nervous to my extensive Improv Training. Take classes at The Second City, IO, UCB, The Nerdist, The Groundlings, ACME, etc. if you are interested in getting into this industry. You will be very happy you started there.

In 2015 - I booked my first two Voiceover Jobs, and then in 2016 I signed with 3 more agents in various cities, and booked another 11 jobs with big names like Disney, Red Robin, TD Bank, Barbie, and more. It's now 2017 and I have just begun animation class with Bob Bergen after being on the waitlist since our phone call in 2012. I'm very excited for what 2017 has to bring, and my goal is to book an animated series this year! 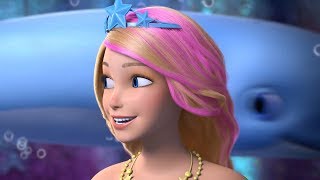 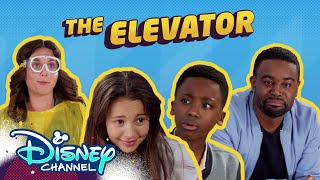 Disney's "Roll It Back"

Check me out on the Mike Lenz Podcast!!!! 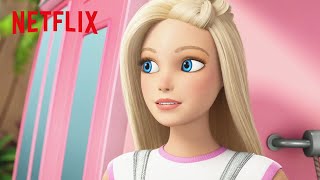 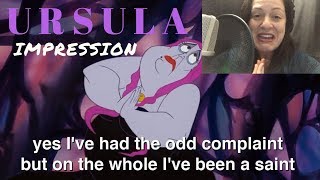 "Women in Animation's: "Networking for People Who Hate Networking"